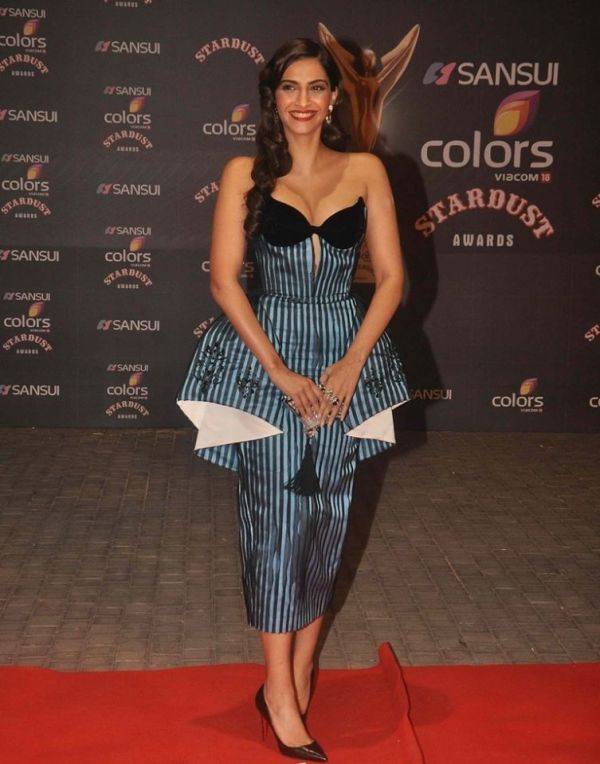 We don’t, even in the worst of our nightmares, envision Sonam to make a fashion blunder. But the fashionista, who is always a step ahead of every actress in the industry, did take a step or two in the wrong direction and picked this absurd of a dress for Stardust Awards 2015. 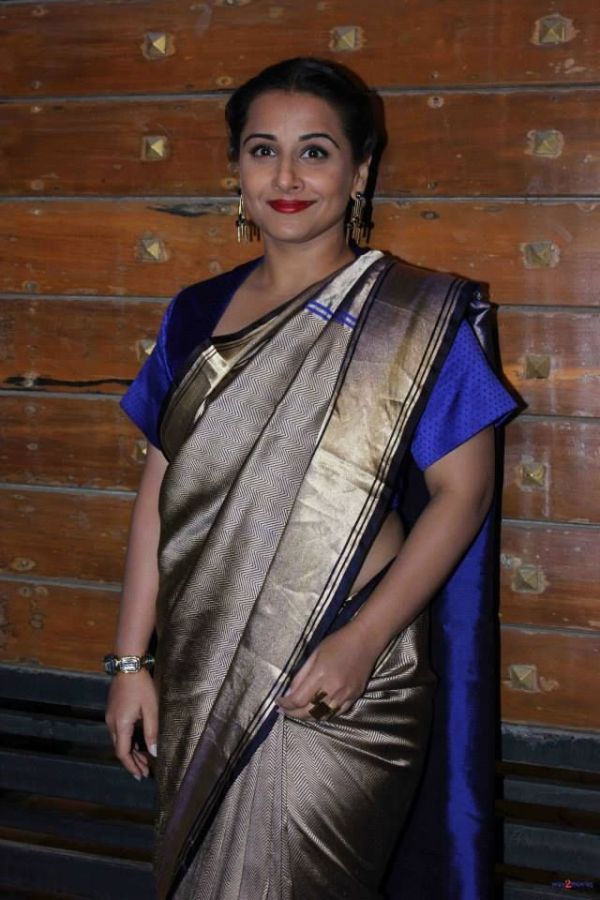 We have been a fan of Vidya Balan’s Rekha-esque looks, and we would rather her be in those heavy sarees for she hasn’t seen the best of time experimenting with fashion. But then again, only Vidya Balan can drape a Sabyasachi creation and end up looking like a perfect airhostess, employed at the Indian Airlines, because Kingfisher simply won’t allow a blouse that loose even on their passengers. 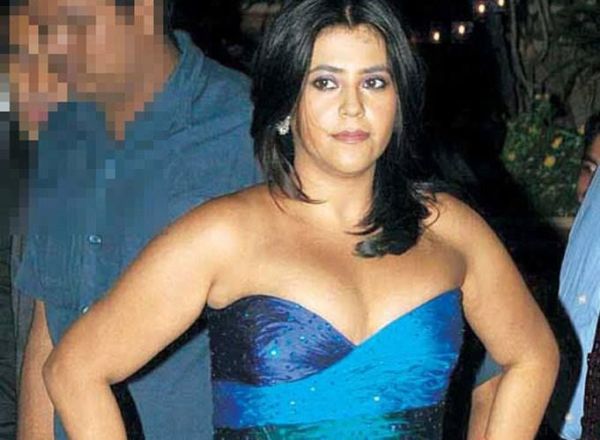 Now I am not the one that suffers from cleavage-o-phobia in the name of sanskar and sabyata and other heavy words from the Hindi dictionary. However, I am genuinely concerned about Ekta Kapoor’s bosom here, struggling for freedom as they appear tortured in that dress clearly a size too small for her bounty. I hope the queen of soap opera was able to inhale and exhale without much of a trouble in that specimen of dress. 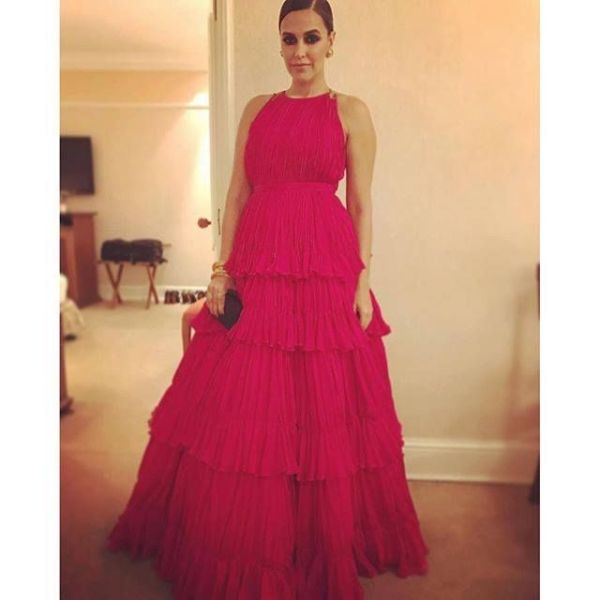 Emulating Hollywood’s best looks is a time tested strategy resorted to by most of the Bollywood actresses and it has paid off pretty well. That however doesn’t translate to one recreating any look from the far west. For example, here we have Neha Dhupia channeling her inner Rihanna in Filmfare Fashion Awards. Even the ‘Work’ singer wasn’t spared of some harsh criticism for this over-the-top tiered dress, not sure what miracle Neha Dhupia was expecting.

All we are saying is, the next time Kajol chooses to go with another of her right-there-in-your-face looks, we would appreciate if she gets blinders for her audience. We aren’t really calling out the brightness of her outfit, but all these color thrown together – I mean come ‘on, even a rainbow would need therapy having witnessed this. 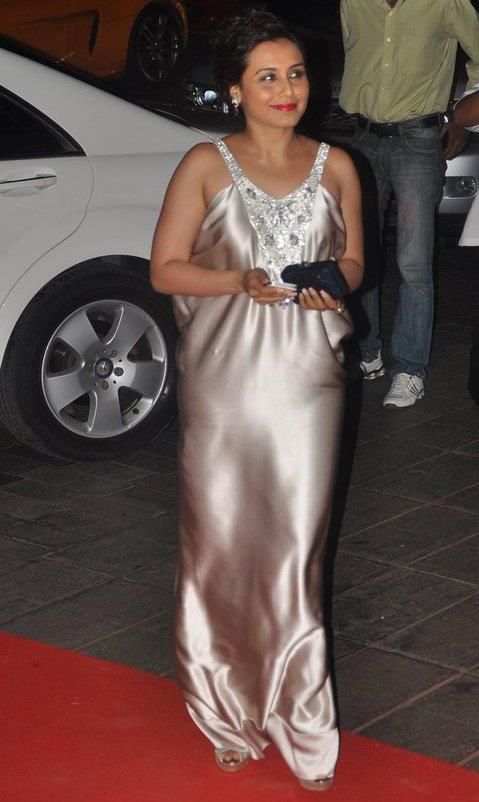 Maybe, just maybe, Rani mistook Karan Johar’s 40th birthday bash for a slumber party, or perhaps she was planning ahead in case she crashed after too much whiskey – for there is no other explanation of her rolling up in a fancy nighty to the venue. 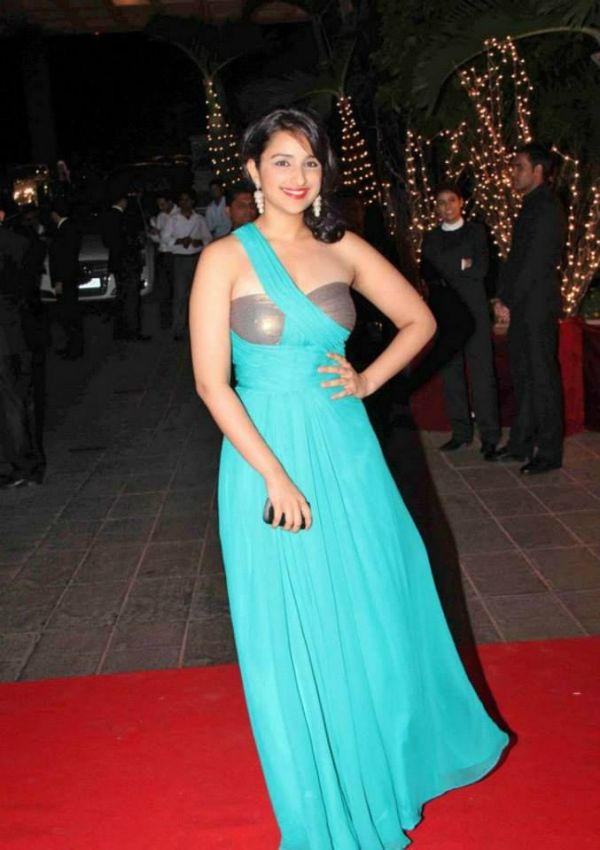 But then we look at Parineeti from the same evening and wonder if the very theme of K.Jo’s 40th birthday bash was – Lets all Eff Fashion, and it was perfect for the Sudhh Desi Romance star to slip into some Suddh Desi Embarrassment. 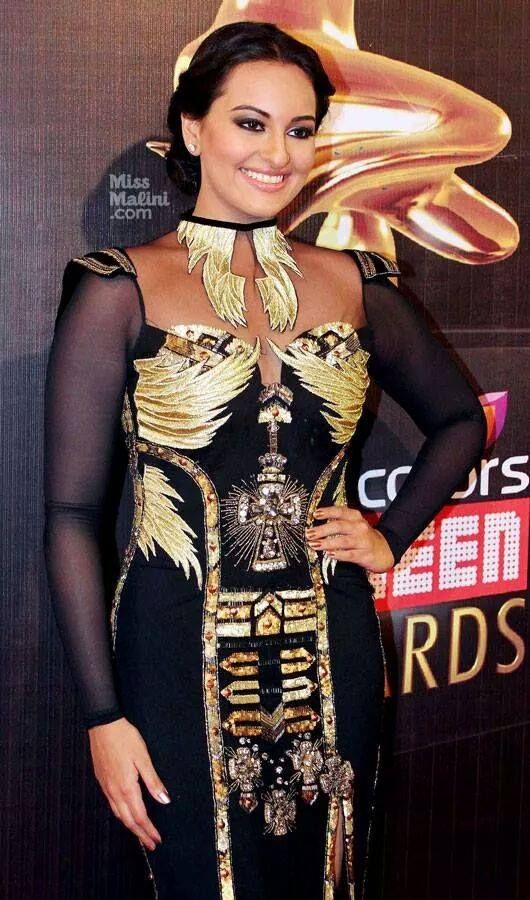 Another talented actress, with not much of a fashion foresightedness. But then, don’t these rich celebs appoint stylists to dress them up? By the looks of it, we can surmise, Sonakshi’s stylist hates her guts. I hope she got fired after dressing the actress up like a cheap award from a 3rd grade committee. 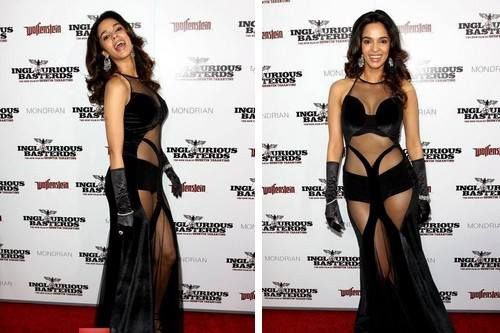 I find myself in short of words to report on this monstrosity, Mallika SherawatMallika Sherawat chose as an attire to a Hollywood Red Carpet event. She got lucky, she wasn’t book on account of being an alien and then dissected and experimented on. 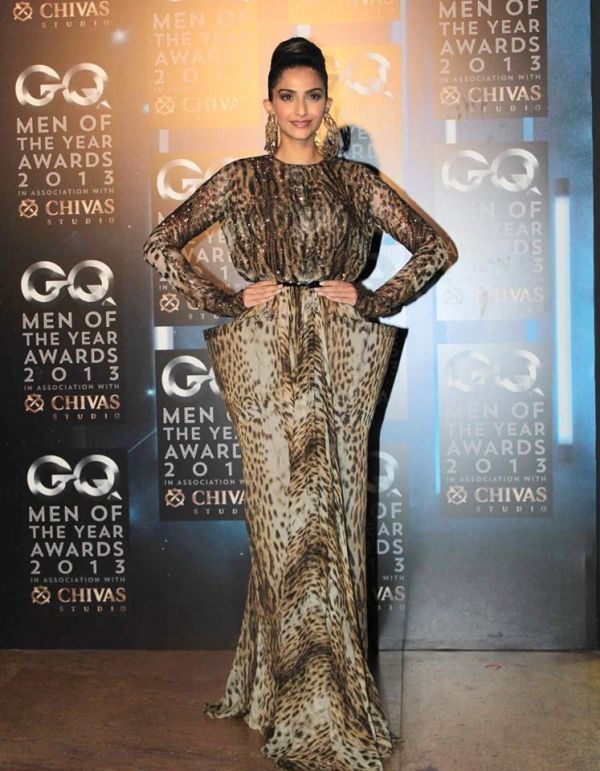 The Khoobsurat actress makes a second appearance on our list wearing this, what we call, animal print over load. I don’t see this hideous dress as a breakthrough in fashion on planet earth anytime soon. Maybe some out of the world trend, we are yet to learnt of.