DSK Hyosung launches ‘The Big Boy’ GT250 R, which is also its best selling bike, for an attractive price.

DSK Hyosung that has offered Indian riders some exciting bikes in the past has now launched the New GT250R which is popularly known as The Big Boy. The advanced futuristic, stylish motorcycle will cost you Rs. 2,76,000 (ex-showroom Pune). The motorbike looks aggressive and will be available in three exciting colour options of Red Titanium, White Titanium and Black Titanium each of which will be available in three tone shade. 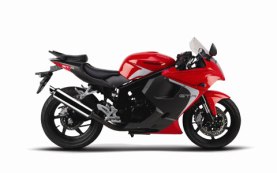 Mr. Shirish Kulkarni, Chairman DSK Hyosung said at the launch of the superbike: “GT250R has always received an exceptional response from the superbiking community in India. We are very dynamic as an organization and have always adapted ourselves as per the changing customer profile, preferences and purchase decisions. Over the years we have tracked this behavior and incorporated elements of customer feedback in this New GT250 R. I am confident that this exciting avatar will appeal to the new-age speed aficionados who are looking for not only great technology but unmatched aesthetics and sporty looks.”

The motorcycle will be retailed through all 36 DSK Hyosung brand outlets spread across the country.

For the first time since it debuted back in 1986, the Auto Expo for 2014 be moving from Pragati Maidan, to a new location, 30km outside the national capital, to the India Expo Center in Greater Noida.

The 2012 edition, the biggest one so far, highlighted the shortcomings of Pragati Maidan as a venue – poorly maintained infrastructure, badly managed press days, ineffective crowd management and massive traffic snarls outside.

Although some may feel that the new venue is too far away from the main city, a trip to the new premises shows plenty of promise. The India Expo Centre is situated at the end of the six-lane Greater Noida Expressway, which means getting there is much easier than the distance suggests because of the lack of traffic on the well-laid route.

The Auto Expo 2014 venue is spread over 58 acres, and boasts eight huge exhibition halls. While it pales in comparison to Pragati Maidan in terms of size, the comforting aspect is that only the Motor Show with the automobile manufacturers will be moving to the new location. The Component Show will continue to take place at Pragati Maidan.

The organizers have worked on ironing out the shortcomings of last year’s show. Plus, since the venue has been constructed quite recently, there’s none of those crumbling walls that you see at Pragati Maidan – the new venue is much better equipped to handle the sheer volume of manufacturers, their displays and the huge number of visitors. 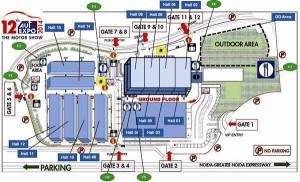 Another difference is that the Expo is being held a month later than usual, in February, which should provide visitors some relief from the harsh Delhi winter. Another benefit is that it will no longer clash with the Detroit motor show held in January, so it’s less of an inconvenience to some international carmakers and their executives. The show will be open to the public from February 7-11, from 1pm on weekdays and from 10am on the weekend. Tickets are available online on bookmyshow.com. The tickets for the general public are priced at Rs 200 for weekdays and Rs 300 for the weekend, while business hour tickets are priced at Rs 500. There is provision to park 4,000 cars at the venue and to make life easier for visitors attempting to reach the venue, there’s a shuttle service running between Pragati Maidan and the India Expo Center. Hopefully, the show will live up to its usual hype with a flurry of launches and reveals.

Harley-Davidson will launch the Street 750, its first India-made bike, at the 2014 Auto Expo. The bike was recently unveiled here at the India Bike Week 2014.

The Harley-Davidson Street 750 will be powered by a V-Twin 749cc liquid cooled engine. This engine comes mated to a 6-speed manual gearbox. 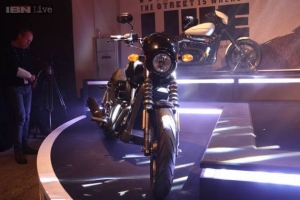